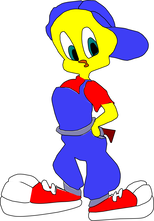 In 1980, Mr. Fermin Lara started working for Lucas Transmission as an extra helping hand. With a hunger to learn what was going on around, he quickly went from mere helper, to lead differential builder. Unfortunately, Lucas Transmission fell into hard times in the early 1990's. Cuts had to be made, again, again... and again. Eventually the shop was broken into 3 departments: the automatic transmission department, the standard transmission department, and Mr. Lara's differential department. This opportunity was given in great part by Mr. Gauzi Kitmitto, and Mr. Ricardo Barragan, to whom Fermin is forever grateful. Lara's department was so successful, that he was able to not only purchase the rights of the entire shop, but take ownership of the building itself.
Lara & Sons Differentials & 4x4's was born in 1994, and then became incorporated in the year 2000. Today, we're a family owned and operated business. We've had the privilege of serving the Los Angeles County Sheriff's Department, The United States Postal Service, P.R.N. Ambulance, AT&T, and so many others in and around the L.A. area. Recently, we've been blessed with another opportunity, in expanding our customer base. We now have a shop in Jurupa Valley. This location currently serves solely as a parts distributor, but we intend to be fully operational by Spring of 2023, and begin to show a whole new community what we've become known for in L.A.

Our specialty! Whether you're bringing in your differential to silence a howling noise, or you need to change your gear ratio to compensate for a new tire size, we'll take care of it. And not just for modern vehicles! We also work on getting classics, as far back as 1940's Chevy's, up to par with highway speeds. You also have the option to upgrade to better traction carriers, like posi units, and various locker types.

Is your transmission slipping or making noise or popping out of gear? We've got decades of knowledge to repair the problem. Whether it's a bad main shaft that destroyed the whole assembly, or just a faulty bearing or synchro, we'll only replace the damaged components. The salvageable parts will be subtracted from an already great estimate! You can also upgrade your unit to higher performance options.
Powered by